This blog post is the first in a series about the Streams API of Apache Kafka, the new stream processing library of the Apache Kafka project, which was introduced in Kafka v0.10.

In this post we are looking at the elasticity and scalability of the Streams API.  Once you have implemented your stream processing application using the Streams API, you might have the following questions regarding its deployment and operation so that you can put it into production:

Let’s start with two quick answers to these questions:

We can now walk through the answers in further detail.

Second, because instances may come and go dynamically, how do the application instances figure out how to 1. split processing work when new instances were added or 2. take over processing work when existing instances were removed? The answer is that the Streams API leverages existing functionality in Kafka, notably its group management functionality. This group management, which is built right into the Kafka wire protocol, is the foundation that enables the elasticity of your Streams API applications: members of a group will coordinate and collaborate jointly on the consumption and processing of data in Kafka. In a nutshell, running instances of your application will automatically become aware of new instances joining the group, and will split the work with them; and vice versa, if any running instances are leaving the group (e.g. because they were stopped or they failed), then the remaining instances will become aware of that, too, and will take over their work. More specifically, when you are launching instances of your Streams API based application, these instances will share the same Kafka consumer group id.  The group.id is a setting of Kafka’s consumer configuration, and for a Streams API based application this consumer group id is derived from the application.id setting in the Kafka Streams configuration. 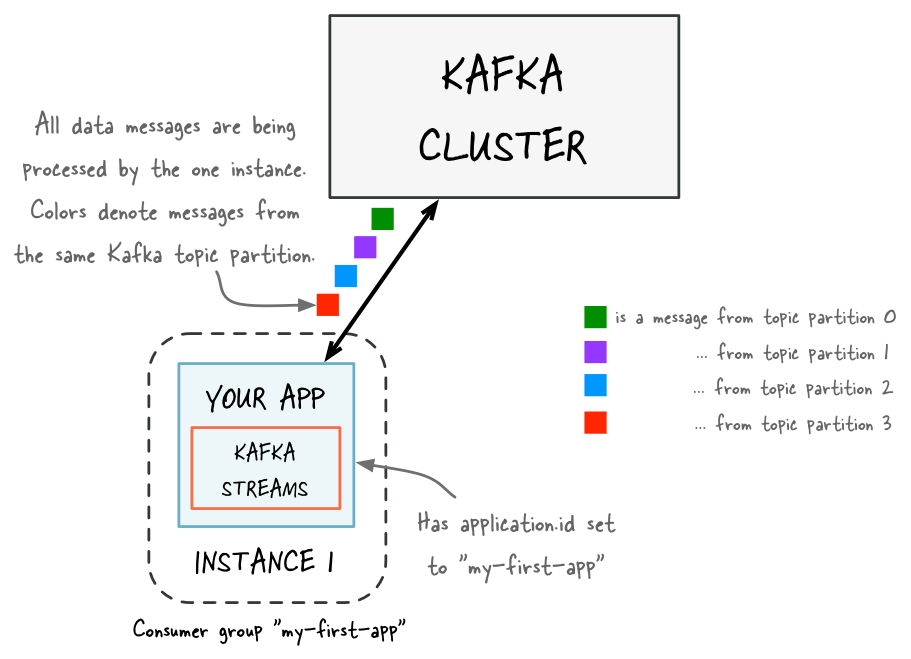 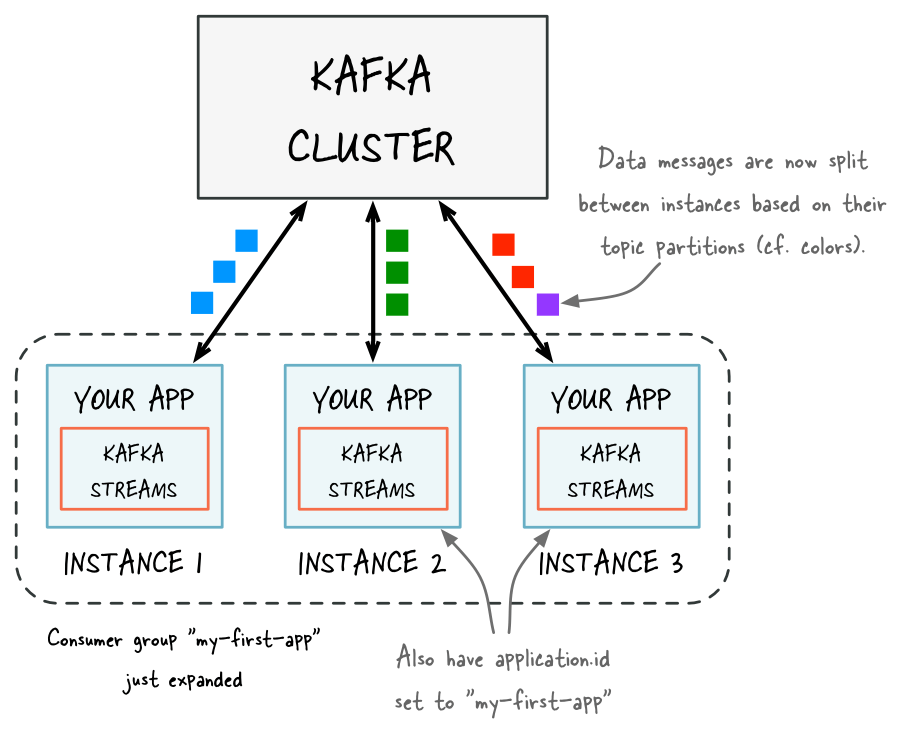 Figure 2: After adding capacity, two additional instances of your Streams API application are running, and they have automatically joined the application’s consumer group for a total of three current members. These three instances are automatically splitting the processing work between each other. The splitting is based on the Kafka topic partitions from which data is being read. 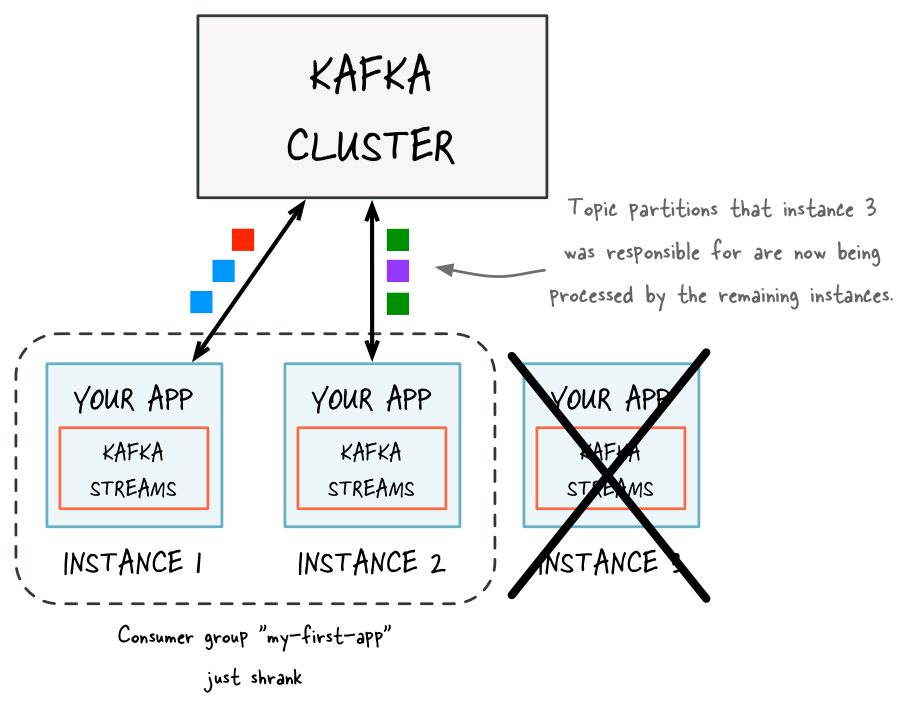 That being said, the Streams API must take care of some additional aspects to make your application elastic. For example, the Streams API in Kafka allows for stateful stream processing operations such as aggregations, joins, or windowing. Here it is important that any such state is managed in a fault-tolerant way to safeguard against failures such as machine crashes.The details are beyond the scope of this blog post, but we have covered this information in the Streams API documentation about state and fault tolerance. The result is that a Streams API application is elastic and can scale dynamically during runtime, and can do so without any downtime or data loss.  This means that, unlike other stream processing technologies, with the Streams API you do not have to completely stop your application, recompile/reconfigure, and then restart.  This is great not just for intentionally adding or removing processing capacity, but also for being resilient in the face of failures (e.g. machine crashes, network outages) and for allowing maintenance work (e.g. rolling upgrades).

Fourth, through which mechanism are instances of your application being started or stopped?  Is there a resource manager or scheduler included in Kafka or in the Streams API?  The answer is No — Kafka Streams is a library, neither a framework nor yet another “processing cluster” tool.  By design and on purpose, there is no resource manager or scheduler included in the Streams API in Kafka. This may sound counter-intuitive at first, so let me elaborate. In the Streams API, we chose to leave the decision of how to deploy (start, stop, etc.) up to you because in most environments, you have already made this decision for other applications and systems, and why should stream processing applications require a different technology stack than the rest of your infrastructure? This means you can opt to start and stop instances manually (very convenient for quick prototyping or iterative development), you can use deployment tools such as Puppet or Ansible, or resource/cluster managers such as Mesos, YARN, or Kubernetes (great for production). The net effect is that, using the Streams API in Kafka, you can integrate your stream processing applications much more easily into your existing infrastructure and organizational processes.

In summary, the Streams API in Kafka makes your stream processing applications elastic and scalable. And all you need to do is to start or stop instances of your application as needed!