Are You Ready for Kafka Summit San Francisco?

Just a few months ago, hundreds of Apache Kafka® users and leaders from 400+ companies and 20 countries gathered in New York City to learn about the latest Kafka developments and share use cases with their peers in the sundry industries represented at the show. It was the largest Kafka-themed conference that the world—that is, the part of it outside of Silicon Valley—has yet seen. I know, because I was there.

I also know we’re going to do it again, this time on the other American coast. The next Kafka Summit will take place on August 28, 2017 in San Francisco, at the famous Hilton Union Square. Check out the sort of keynotes we’ve got lined up for you:

Looking at this list, it’s unavoidable that we’re going to learn about what’s new and exciting in Kafka, get perspectives on running event-integrated microservices at scale, and see why event-driven architectures are the right way forward for many of the systems we’re currently building. My advice to you—and I’m only telling you this because I care—is that you should be there for these talks.

Neha, Gwen Shapira, and I led the program committee for this Summit, so I know a thing or two about the other speakers as well. You’ll hear from real live engineers at companies like HomeAway, Shopify, Netflix, and IBM, using Kafka in both traditional and innovative ways, pushing performance limits and trailblazing new architectural paradigms as Kafka people are wont to do.

We had so many great talks submitted for the Summit that we even created a fourth track dedicated to use cases. This is filled with talks from real engineers and architects building real systems that create tangible business results using Kafka. That makes for a total of 32 talks across all tracks. That’s a lot of educational opportunity.

We also added an “ask me anything” booth this time around. Various Kafka experts will be on hand all day long for conversation and interrogation on your toughest Kafka questions. Have you always wanted to meet Ben Stopford, Gwen Shapira, or Jun Rao? Well, I can only lead you to water. It’s up to you to stop by the booth and ask your question. We want to meet you!

And naturally none of this happens without our sponsors, whose brand markings are visible here: 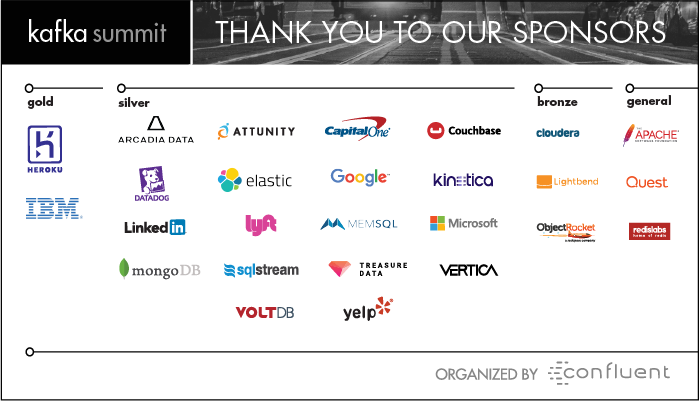 Kafka Summit always has a party associated with it, but this time it’s something really special: the Apache Kafka Program Committee has decided that Kafka will be going 1.0 this year! Don’t miss the afterparty on Monday, August 28 at 6 pm. Come celebrate Kafka’s maturity with many of the people who have contributed to its success along the way. 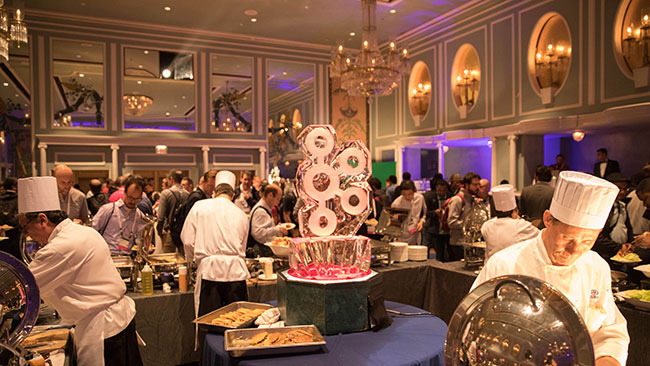 Oh yeah, and if you haven’t registered yet, you know what must be done: register for Kafka Summit SF

I speak for all of Confluent when I say that we’re really looking forward to seeing you there. This is a fantastic time of networking, education, and celebration, and I hope you don’t miss it. Here’s to another great Kafka Summit!