You know the fundamentals of Apache Kafka®.

You are a Spring Boot developer working with Apache Kafka or Confluent Cloud.

You have chosen Spring for Apache Kafka for your integration.

You have implemented your first producer and consumer. It’s working…hooray!

You are ready to deploy to production. What could possibly go wrong?

Curious? Read this blog post and bring your Kafka project to the next level!

Kafka and the Confluent Platform at ING

At ING, we are front runners in Kafka. ING has been running Kafka and Confluent Platform in production since 2014. Initially, Kafka was leveraged in a couple of projects, but it eventually grew into one of the most important data backbones within our organization. The power of Kafka is used for a variety of use cases within ING.

At the time of this writing, ING is:

For more information about the Kafka journey at ING, watch the Kafka Summit talk by my colleagues Timor Timuri and Filip Yonov: From Trickle to Flood with Kafka@ING.

The quality of data produced to Kafka is extremely important to us, especially because we are running Kafka at scale. Data produced by one team can and will be consumed by many different applications within the bank. The lack of quality can have a huge impact on downstream consumers.

Apache Avro™ and the Confluent Schema Registry play a big role in enforcing a contract between the producer and the consumers by defining a schema to ensure we all “speak the same language” so that all other consumers can understand at any time.

I’ll share some important lessons learned from Kafka projects within ING and focus in particular on how to configure your application to survive the “poison pill” scenario.

What is a poison pill?

Before we deep dive into the code and learn how to protect our Kafka applications against poison pills, let’s look into the definition first:

A poison pill (in the context of Kafka) is a record that has been produced to a Kafka topic and always fails when consumed, no matter how many times it is attempted.

So a poison pill can come in different forms:

According to Wikipedia, serialization is “the process of translating data structures or object state into a format that can be stored or transmitted (for example, across a network connection link) and reconstructed later (possibly in a different computer environment). The opposite operation, extracting a data structure from a series of bytes, is deserialization.”

Serialization and deserialization are not limited to Java (objects). For the purposes of this blog post, I’ll focus on:

What is the cause of a poison pill?

The consumer of the topic should configure the correct deserializer to be able to deserialize the bytes of the producer’s serialized Java object.

As long as both the producer and the consumer are using the same compatible serializers and deserializers, everything works fine.

You will end up in a poison pill scenario when the producer serializer and the consumer(s) deserializer are incompatible. This incompatibility can occur in both key and value deserializers.

In real-life projects, I’ve encountered poison pills in scenarios where:

Curious how to cause a poison pill in your local development environment? But more important, learn how to protect your consumer application by applying the configuration explained in this blogpost yourself.

You can find the example project on GitHub.

In this example project, I use the following:

I’ll explain this by walking through the producer, the Kafka cluster, and the consumer.

The producer is responsible for:

The data that ends up on the Kafka topics are just bytes.

In this example, I’m using the StringSerializer and KafkaAvroSerializer, but there are many different Serializer classes to choose from. These are provided by: 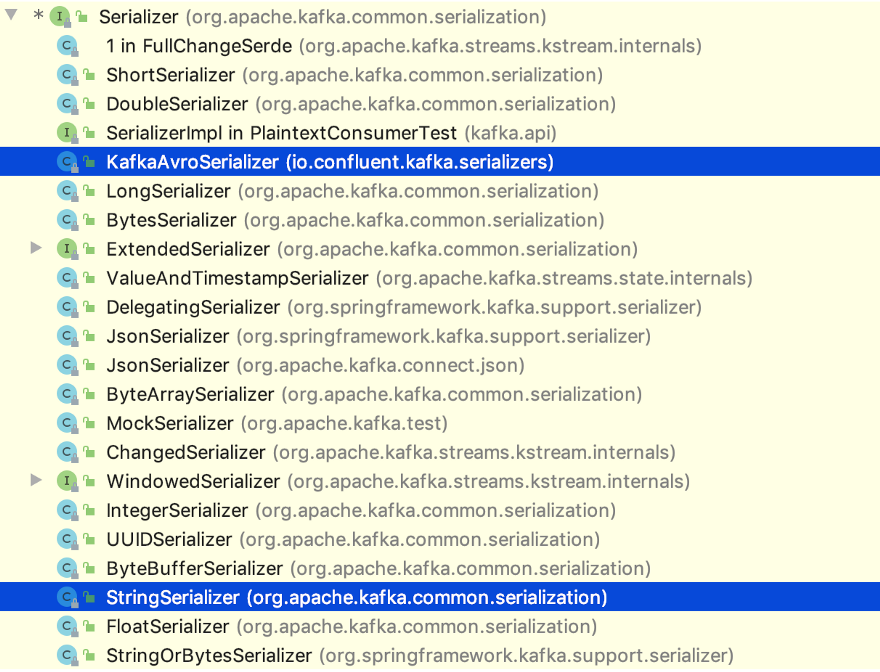 Choose the serializer that fits your project. You can even implement your own custom serializer if needed.

The Kafka cluster is responsible for:

The Kafka cluster is not responsible for:

Kafka is not even aware of the structure of the data. Records in Kafka topics are stored as byte arrays. Kafka is designed to distribute bytes. That’s one of the reasons Kafka is fast and scalable.

The consumer is responsible for:

Before the consumer can start consuming records from the Kafka topic, you have to configure the corresponding key and value deserializers in your application. Here is an example of the Kafka consumer configuration for the key and value serializers using Spring Boot and Spring Kafka:

As with serializers, there are many deserializers to choose from. 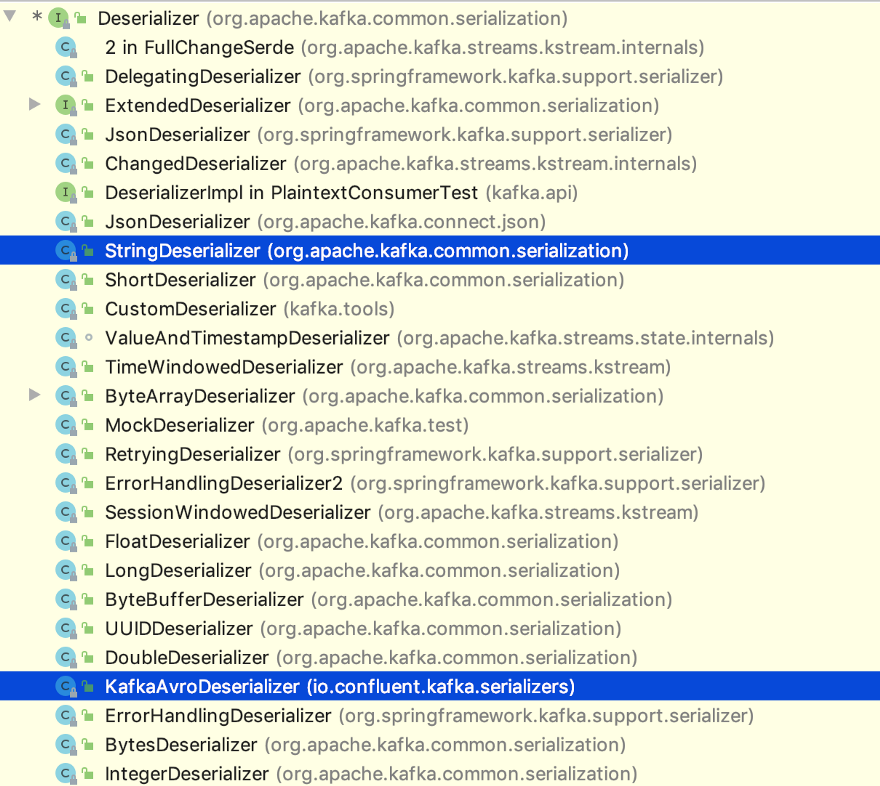 What can go wrong if I don’t protect my application against poison pills?

The impact of not being able to handle a poison pill in your consumer application is big. Let’s walk through what happens:

What are the consequences?

Your consumer application can quickly write gigabytes of log files to disk if you don’t notice in time. You might also ship the logs automatically to a log aggregation tool like the ELK stack (Elasticsearch, Logstash, and Kibana).

In case you don’t have proper monitoring in place, at some point, you might “eat” all of your server disk space. And in the worst-case scenario, you might also have other services running on the same machine, and they will start reporting as unhealthy because of a full disk!

How can you survive a poison pill scenario?

There are a couple of ways to survive the poison pill scenario:

From the Spring Kafka reference documentation:

When a deserializer fails to deserialize a message, Spring has no way to handle the problem, because it occurs before the poll() returns. To solve this problem, the ErrorHandlingDeserializer has been introduced. This deserializer delegates to a real deserializer (key or value). If the delegate fails to deserialize the record content, the ErrorHandlingDeserializer returns a null value and a DeserializationException in a header that contains the cause and the raw bytes. When you use a record-level MessageListener, if the ConsumerRecord contains a DeserializationException header for either the key or value, the container’s ErrorHandler is called with the failed ConsumerRecord. The record is not passed to the listener.

The idea behind the ErrorHandlingDeserializer is simple, but the first time I had to configure it, it took me some time to wrap my head around.

For both our key and value deserializers, configure the ErrorHandlingDeserializer provided by Spring Kafka.

Here how you can configure the ErrorHandlingDeserializer in your application.yml:

Now, when either the key or value delegate fails to deserialize a poison pill, the ErrorHandlingDeserializer returns a null value and adds a DeserializationException in a header containing the cause and the raw bytes.

If the ConsumerRecord contains a DeserializationException header for either the key or the value, the container’s ErrorHandler is called with the failed ConsumerRecord, and the record is not passed to the listener (the class or method annotated with @KafkaListener).

By default, the container’s error handler is the SeekToCurrentErrorHandler. By configuring the LoggingErrorHandler, we can log the content of the poison pill.

Here is an example to configure the LoggingErrorHandler:

To make a long story short, the ErrorHandlingDeserializer ensures that the poison pill is handled and logged. The consumer offset moves forward so that the consumer can continue consuming the next record.

Here’s an example of a log message (some lines omitted for readability) proving that a poison pill has been handled:

Warning: If you are using Spring Kafka’s BatchMessageListener to consume and process records from a Kafka topic in batches, you should take a different approach. Check out the Spring Kafka reference documentation for details.

Publishing to a dead letter topic

In many cases, logging the deserialization exception is good enough but makes examining a poison pill harder later on. Since Spring Kafka 2.3, you can configure a ErrorHandlingDeserializer in combination with a DeadLetterPublishingRecoverer and SeekToCurrentErrorHandler to publish the value of the poison pill to a dead letter topic.

Here is an example to configure it:

This gives you the flexibility to consume the poison pill and inspect the data. Spring Kafka will send the dead letter record to a topic named <originalTopicName>.DLT (the name of the original topic suffixed with .DLT) and to the same partition as the original record.

Be aware that your consumer application becomes a producer as well so you need to configure the key and value serializers in your configuration (application.yml):

If you’d like to learn more, check out my Kafka Summit talk, where I discuss this topic in more detail. To get started with Spring using fully managed Apache Kafka as a service, you can sign up for Confluent Cloud and use the promo code SPRING200 for an additional $200 of free Confluent Cloud usage.*