Millions of developers code on GitHub, and if you’re one of those developers using it to create Apache Kafka® applications—for which there are 70,000+ Kafka-related repositories—it is natural to integrate Kafka into your GitOps development and operational framework. This blog post assumes you understand the principles of GitOps, the value of continuous integration and continuous delivery (CI/CD), and the importance of promoting applications through staged environments (if you want a reprise, check out this resource). Here the focus is on applying GitOps principles to the development lifecycle of a Kafka client application using GitHub Actions: for testing locally and in Confluent Cloud, with and without Schema Registry, and for schema evolution. 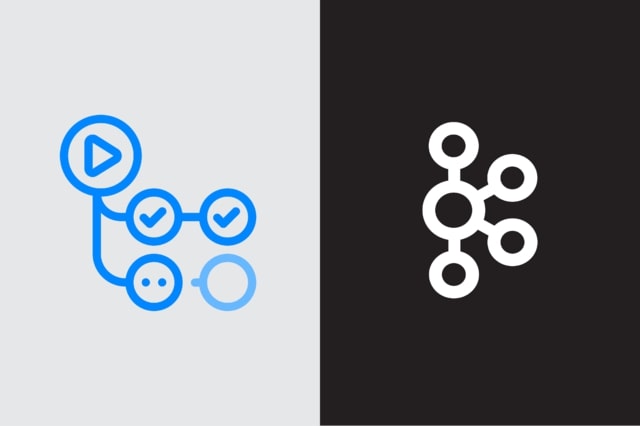 Typically, developers set up their local environment with language-specific test frameworks like JUnit, pytest, and others that execute tests prior to checking in code, or they have cloud-based CI/CD pipelines that run tests after checking in code. These early stage tests must run quickly and easily:

The Kafka community uses a variety of CI/CD tools including: GitHub Actions, Jenkins, CircleCI, Travis CI, and more. The blog spotlights GitHub Actions where developers can create their own workflows out of “actions,” which can be custom code or popular third-party code from GitHub Marketplace. This just scratches the surface of what GitHub Actions can do (we’ll leave it to the folks at GitHub Actions to further reel you in with richer feature descriptions and operational best practices), but here are a few example jobs to get started:

All the code shown in this blog post can be explored in more detail in GitHub in a fully functional workflow that looks like this:

Create an artifact for the client application

The first job of the example workflow builds an artifact available for use by downstream jobs in the CI/CD pipeline. The artifact in this particular example is a container image built from the checked-in client application code. At its simplest, the build job could do the following (it will vary greatly, use case to use case):

Notice that each step uses pre-built actions that are publicly available on GitHub Marketplace, and as a result you don’t need to write any new code! Here is an explanation of what each one does:

After the application image has been built and pushed to GitHub Container Registry, it is best to do a sanity test before passing it on down the pipeline. In this example, the newly published Docker image can be referenced at:

A quick sanity test runs against a simulated Kafka cluster with rdkafka mock provided by librdkafka. In this example, the application is a Confluent Python client, and the simulated cluster is activated by setting the parameter test.mock.num.brokers in the input file (see librdkafka.sanity.config). The success criteria of the sanity test varies with the application logic.

Test against a local dev cluster

Once the sanity test passes, the next step is to run the application against a real Kafka broker. Confluent’s cp-all-in-one is a Docker Compose file stored in GitHub with the full Confluent platform that you can use for this purpose. There is a corresponding action in Marketplace, cp-all-in-one-action, that pulls that Docker Compose file and brings up a subset or all of the platform services, including the broker.

The following job calls the above-mentioned GitHub Action to spin up a Kafka broker. This time when running the application Docker container, the additional --net workspace_default argument interconnects the Docker container networks, allowing the client to reach the broker. And the input configuration file (see librdkafka.local.config) sets the bootstrap server parameter to the broker container. As before, the success criteria varies with the application logic.

Test against a cloud cluster

Once you verify that the application works against a local cluster, the next step is to validate it in a more production-realistic environment—a cluster in Confluent Cloud. If there are different cloud environments that separate development, staging, and production, configure the workflow to trigger appropriately based on the stage of testing.

Regardless of which environment you’re using, the critical question is how to protect sensitive information such as credentials to the Confluent Cloud cluster. Absolutely never commit the credentials into the code base, even in private GitHub repositories. Instead, store those credentials separately as encrypted secrets, a GitHub feature which uses a sealed box to encrypt credentials even before they reach GitHub and keeps them encrypted until used in the workflow.

There are three encrypted secrets required for the client application to connect to Confluent Cloud: key, secret, and bootstrap servers.

Identify the secrets in the environment section of the workflow.

In order for the Kafka client application to use them, the credentials must be set in environment variables and referenced in the input file passed into the application. Again, since that sensitive information is not stored directly in the code, the input file such as librdkafka.ccloud.config references the credentials only by the names of the environment variables as set above. Anyone browsing the code in the GitHub repository would see only the variable names, but not their values.

During the execution of the job, the action franzbischoff/replace_envs does in-place substitution of those variables, and because they were registered as secrets, they are redacted in the workflow logs.

For the test that runs the application to Confluent Cloud, the job just needs to specify the right input file but otherwise it runs in the same way as before.

After the Python application produces messages to Confluent Cloud, you should validate that the messages were written and are properly deserializable. This could arguably be easier with a Python consumer application but sometimes a quick check with the Confluent CLI is all you need. While an administrator logs into the CLI with her user email address and password, how does this work for CI/CD workflows? For automation, use a context, which supports service account credentials without logging in. The following example runs a Docker image with the Confluent CLI, creates and uses a new context, and then consumes messages (customize the pass/fail criteria to make sure your application logic is working):

If the deployment scenario requires Avro, JSON, or Protobuf formatted data, the application should be validated with Schema Registry.

Follow the same steps as shown earlier to set the environment variables and call the action to do variable substitution on the input configuration file. A new job can now validate that the new application creates a real schema in Schema Registry and writes properly formatted Avro, JSON, or Protobuf records.

Uh oh, two months after going to production, business requirements have changed and you discover that the schema needs to change to carry additional (or fewer) fields. This schema evolution is expected—schema evolution is part of lifecycle development—but CI/CD pipelines need to ensure the new schema is compatible with the old schema before promoting the new one. Otherwise, the contract between the producers and consumers may break, and consumers may not be able to read the records written by the producers.

The Schema Registry has a REST API that can be flexibly used from the command line, but there are also language-specific capabilities that are more streamlined for application development. For example, Python has a package that provides a built-in compatibility checker schema_registry_client.test_compatibility() as demonstrated in this code, and since it is just Python code it can be called in the same way as the previous jobs. A Java shop can use a similar method SchemaRegistryClient.testCompatibility(), or alternatively take advantage of the test-compatibility goal in the Schema Registry Maven Plugin as configured in this pom.xml. This plugin can then be called in a job:

This checks compatibility of a new schema (in this example, the new schema is defined locally in the file schemas/Count-new.avsc), against the schema related to the subject that is already registered, so it requires connecting to Schema Registry and passing in valid credentials. However, with Confluent Platform 7.2.0 or later, there is a new goal test-local-compatibility that enables checking compatibility with locally stored schemas, which can be used as a quick sanity check earlier in the development cycle without ever registering a schema.

The GitHub Actions workflow described in this blog post showed how to transform the development and testing of Kafka client applications with a CI/CD pipeline: build a Docker image with the application code, validate it with cp-all-in-one and in Confluent Cloud, and check schema compatibility as schemas evolve. From here, extend the pipeline in any way to suit the application to your deployment scenario, and explore other applications of GitHub Actions, like performing tasks that other bots do today, issue management, notifications, etc.