Kafka Summit Europe 2021 – A Look at the Agenda

As you may have heard, we are hosting not one, not two, but three Kafka Summits in 2021. No matter where you are in the world, there’s a Summit event that will fall into your daytime schedule, or at least part of it. When we say we value the health of the Kafka Community, we mean your sleep too.

Kicking off the year is Kafka Summit Europe 2021 on May 11–12. This is a virtual event, like all of the year’s Summits. You can—and, between you and me, should—check out the entire agenda of breakout sessions, keynotes, and lightning talks, but let me give you some highlights here:

As always, head to the Kafka Summit site to check out the full agenda and register. And if you’re interested in speaking at a Summit later in the year, I cannot encourage you strongly enough to head to the appropriate one and submit your proposal now:

And making possible this record-setting three Summit year is the Kafka Summit Program Committee. These folks have spent hours upon hours reviewing and rating abstracts just for the European Summit so far, and their work is not done. I’d like to thank them for all their support in curating the agenda that we’ve put together. By name, they are: 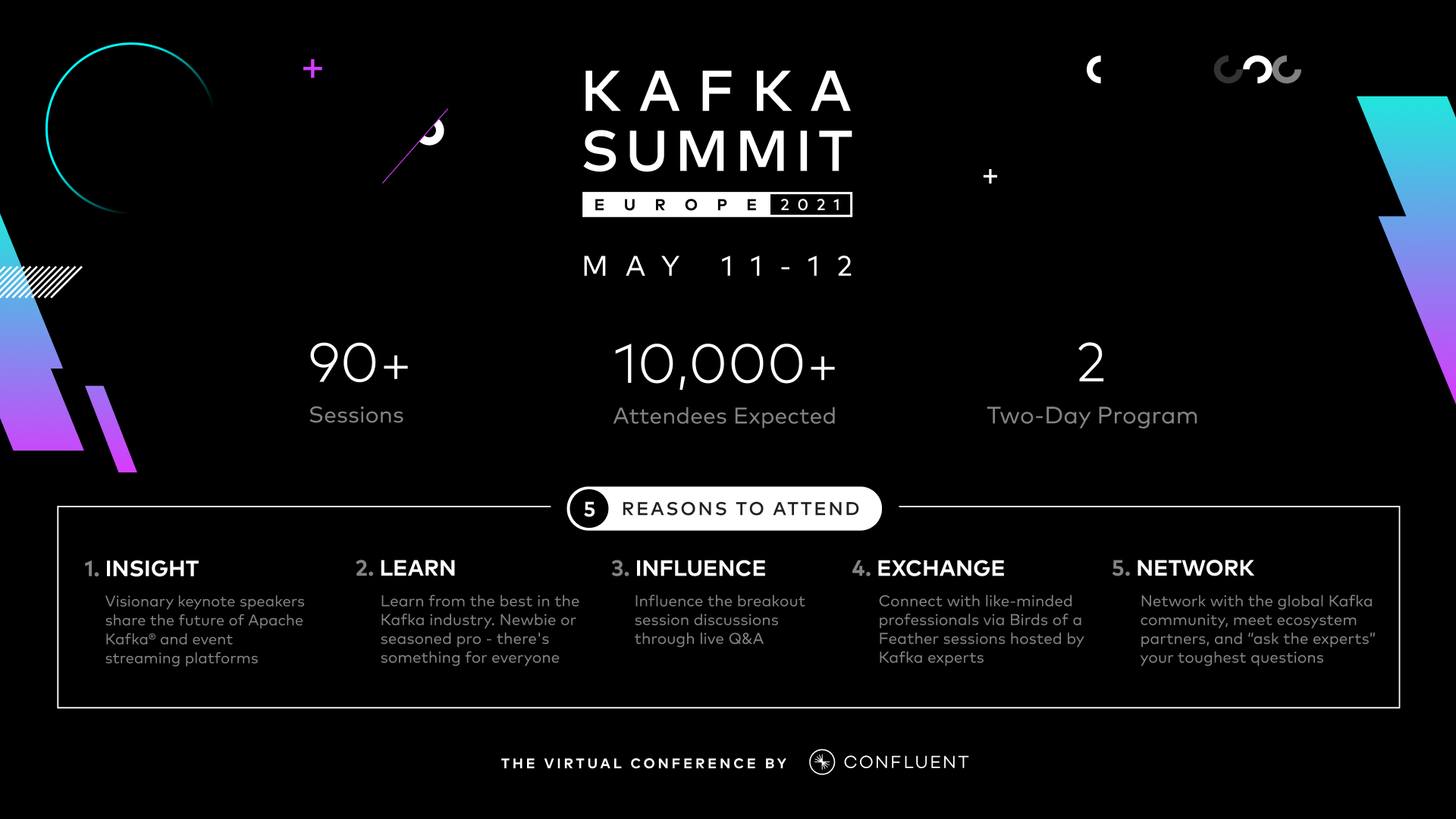 And that’s a wrap on Kafka Summit Europe 2021, the first of three global Kafka Summits this year. We’ve seen 17,000 registrations from over 7,000 companies and 137 different countries.

How to Maximize Your Time at Kafka Summit Europe 2021

This past year has offered little in the way of normalcy for pretty much everyone outside of New Zealand and Taiwan. Rising to the occasion, conference organizers have put together