Apache Kafka® and KSQL in Action

Apache Kafka is a distributed, scalable, and fault-tolerant streaming platform, providing low-latency pub-sub messaging coupled with native storage and stream processing capabilities. Integrating Kafka with RDBMS, NoSQL and object stores is simple with the Kafka Connect API, which is part of Apache Kafka. KSQL is the open-source SQL streaming engine for Apache Kafka, and makes it possible to build stream processing applications at scale, written using a familiar SQL interface.

In this session, we’ll introduce Apache Kafka and discuss the concept of a Streaming Platform. From there, we'll explore how easy it is to stream data from a database such as MySQL into Kafka using CDC and Kafka Connect. In addition, we’ll use KSQL to filter, aggregate and join it to other data, and then stream this from Kafka out into multiple targets such as Elasticsearch and S3. All of this can be accomplished without a single line of code! 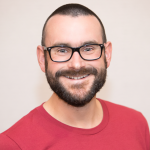 The company founded by the creators of Apache Kafka, as well as an Oracle ACE Director and Developer Champion. His career has always involved data, from the old worlds of COBOL and DB2, through the worlds of Oracle and Hadoop, and into the current world with Kafka. His particular interests are analytics, systems architecture, performance testing and optimization. Outside of work he enjoys drinking good beer and eating fried breakfasts, although generally not at the same time.

In this talk, we’ll look at common mistakes in event-driven systems built on top of Kafka.

This three-part online talk series introduces key concepts, use cases, and best practices for getting started with microservices.